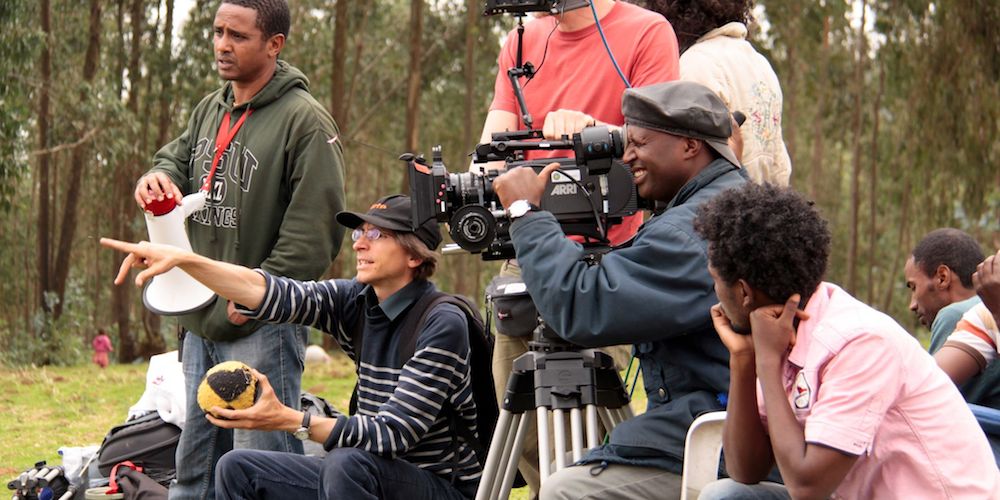 In 2011 Swiss director and lecturer Stefan Jäger was invited by the Swiss Embassy and the Goethe Institute to teach at the Blue Nile Film and Television Academy in Addis Ababa. The only film school in Ethiopia, it was established three years ago by Abraham Haile, an internationally acclaimed D.o.P.
With the Ethiopian film industry still in its nascent stages, it is difficult for many students to find work after their studies. At the same time, they are eager to work in the movie business and to show their skills.  Therefore Abraham and Stefan came up with the idea of a challenging and unique film collaboration: They would work as D.o.P. and director respectively, while the rest of the crew would be comprised by former and current students of the Blue Nile film school.

“Horizon Beautiful” was shot entirely in and around Addis Ababa in April and May 2012. The main actor, Henok Tadele, was a 12-year-old street kid whose life has completely changed completely through the course of the production. As an orphan living on the street, he never really had a home. After shooting, it was possible to offer him a place to stay and go back to school. He has joined Selam village – an internationally acclaimed institution with more than 25 years devoted to helping orphan kids live and learn a profession. In addition, Henok performed the final song of the movie, a first step towards his dream of becoming a singer.