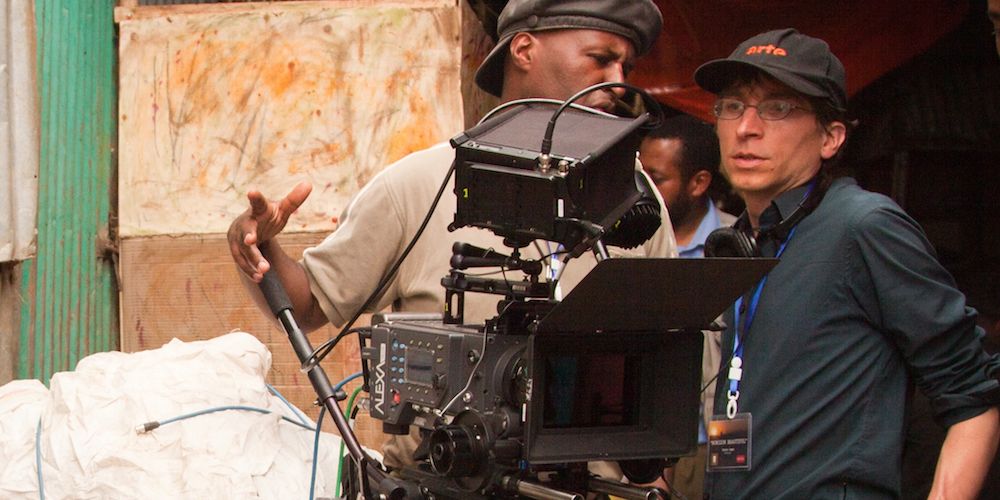 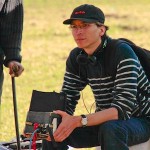 “Horizon Beautiful” was a unique experience for Stefan. As both a filmmaker and educator, the concept of simultaneously teaching and directing on set obviously held appeal. The process turned out to be distinctly challenging and fulfilling for him. With his eighth feature-length film, he chose a family entertainment platform, which goes back to his beginnings as a director. In 1996 he planned a movie called “Timbuktu” that never ended up being made but featured a similar constellation of characters, with the two principals being an African child and a European. 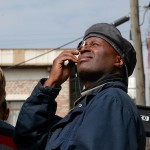 Abraham Haile founded the Blue Nile Film and Television Academy in 2010, which to date is the only film school in Ethiopia. He earned a degree in camera and lighting at the Nederland Film and Television Academy in Amsterdam and worked for several international productions as director of photography before moving back to Addis Ababa to share his experience with aspiring filmmakers. Blue Nile was the co-producer of the movie, handling the production done in Ethiopia. 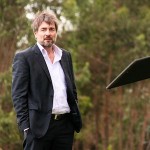 Stefan Gubser is the co-founder of the Swiss production company tellfilm along with Stefan Jäger. Also the lead adult actor in “Horizon Beautiful”, Stefan felt that the approach to production should follow the philosophy behind the project – giving young filmmakers an opportunity to work with experienced professionals in a collaborative and supportive environment. 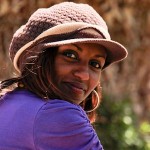 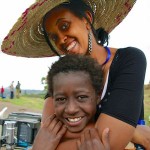 These two former students of the Blue Nile Film and Television Academy displayed an impressive array of talents in creating the world of “Horizon Beautiful”. They were in charge of the costumes, make-up, props, animals and food art – departments which normally call for several people each. 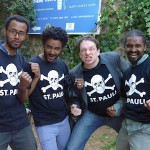 The renowned German writer Oliver Keidel was teaching writing skills at Blue Nile before he formed a crew – made up of Mikiyas Efram, Ephrem Alemu, Abiy Getahun, Dawit Tesfaye and Maranata Tegene—who developed the storyline of “Horizon Beautiful” under his mentorship. Later Mikiyas, Ephrem, Abiy and Oliver focused on turning this work into the screenplay. Within a very short but intense period of time they came up with a touching and often humorous script which manages to balance broad appeal for all ages. 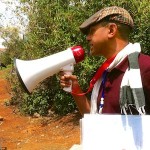 A successful bar-owner and businessman in Addis Ababa, Solomon is also a talented filmmaker. A member of the Blue Nile Film and Television Academy’s first graduating class, he jumped straight from the classroom to working for film production departments. He organized the shooting. 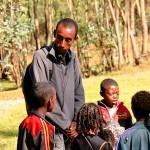 Dirbdil was responsible for casting over sixty characters, professionals and non-professionals for the film. He created the “Hammergang”, as well as coached the actors during shooting. As a talented upcoming director, Dirbdil was chosen in 2011 to participate at the International Short Film Festival in Winterthur (Switzerland) as participant of the “5x5x5” program. 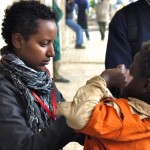 Fiker was responsible for casting and coaching all the children in “Horizon Beautiful”. Coaching the young main actor Henok Tadele was an intensive and demanding job which was built on the trust that she was able to inspire.  The results speak for themselves through Henok’s memorable performance. 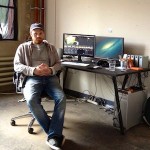 The movie wasn’t only an opportunity for young Ethiopian filmmakers: it served as Robin’s feature editing debut after specializing in this field during his studies at ZHdK (Zurich University of the Arts). He took over the rough cut that was edited in Addis Ababa during shooting. The rough cut was edited by Henok Birhanu, Nahom Girma and Emebet Dagne. 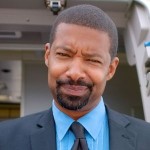 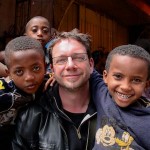 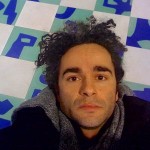 Three composers, three countries, one soundtrack.
These three musicians from Ethiopia, Italy, and Germany each contributed to shaping the emotional flavors of the film. Their sound is combined with the great skills of some of the more famous Ethiopian artists, including Seleshi “GashAberaMolla” Demessie, Abu Gebre, Kaki Tesfaye, Sami Kassa, Sami Assefa, Jorga Mesfin and Remi Ricketts. 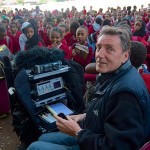 Ed is one of the most experienced German sound mixers, having worked many well-known films including Hollywood productions. A teacher at the Film academy in Baden-Wurttemberg, he also spontaneously pitched in by teaching a class at the Blue Nile Film and Television Academy. The students were eager to learn from his vast base of knowledge. 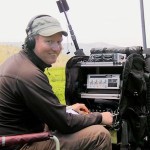 André flew in to take over the sound mix from Ed Cantú for the last week of shooting in Ethiopia. Later, he did the re-recording mix and brought all the sounds together in creating a striking piece of audio-work.